[Conference] The Russian Revolution Comes to the 'East' > Conferences 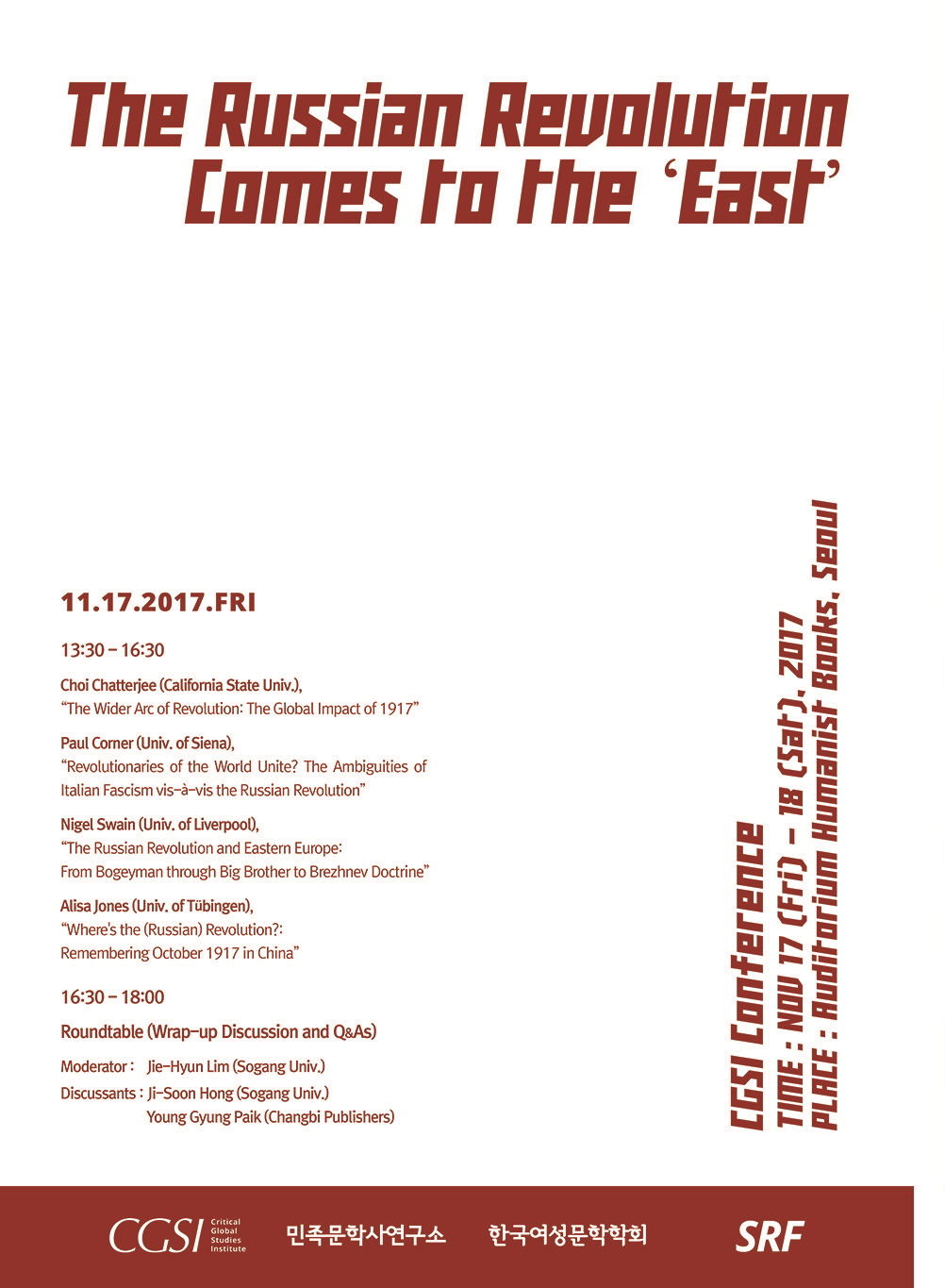 The Russian Revolution Comes to the ‘East’


This year the world enters the centenary of the 1917 Russian Revolution. That tumultuous year saw the beginning of new, seismic events that shaped world affairs profoundly in the 20th century. Across the world, various academic activities, including conferences and publications, are being carried out to celebrate the revolution's centennial anniversary and its implications for the future of humanity.

The first day of the conference will feature four international scholars. In her keynote address, Choi Chatterjee (California State Univ., LA) will make a critical appraisal of  the five interpretative frames customarily used to understand the October Revolution and reassess the nature and extent of its influences from the breadth of transnational and trans-imperial perspectives. An authority on Italian fascism, Paul Corner (Univ. of Siena) will discuss the impact of the Russian Revolution's various experiments on the so-called 'fascist revolution' in Italy during the early 1920's. Surveying the period of the inception of the Bolshevik Revolution through the collapse of the USSR, Nigel Swain (University of Liverpool) will illustrate eight sub-periods in the relationship between Eastern Europe and Soviet Russia.  Alisa Jones (Univ. of Tübingen) will examine a swath of historical narratives on Revolutionary Russia demonstrated in China's history textbooks and academic writings and media.

The second day of the conference will focus on the impact of the Russian Revolution on Korea and East Asia during the Japanese colonial period. Six Korean scholars will probe the way in which the radical demands of the revolution were represented in and appropriated by literature and film.

The two-day conference will be held at Humanist Books' auditorium (76 Donggyo-ro 23 Gil Yeonnam-dong Mapo-gu), starting at 13:30 on Nov. 17 and at 13:00 on Nov. 18. Due to the lack of parking space, we strongly recommend the use of public transportation.