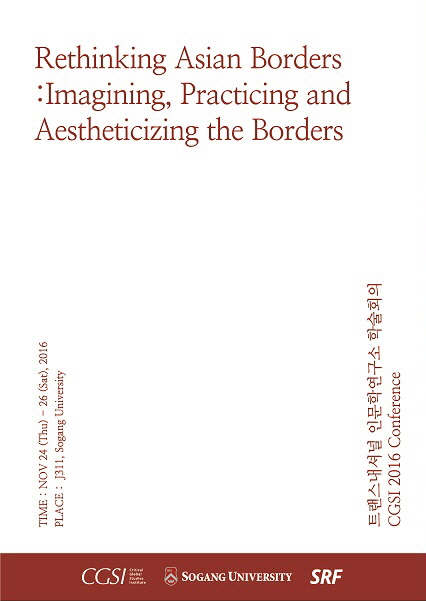 More than ten years ago, when the ‘history war’ on Goguryeo (Chinese. Gaojuli), an ancient kingdom located in current-day Manchuria, was fiercely waged between Chinese and Korean scholars, Jie-Hyun Lim, while serving as the director of the Research Institute of Comparative History and Culture at Hanyang University, organized a conference, titled “Frontiers or Borders?”. The aim of the conference was to introduce ‘border history’ as an alternative to ‘national history’ in order to understand the complex reality of the East Asian past and consider Goguryeo as a distinctive borderland polity ‘of the hybrid culture and overlapping history’ when the notion of modern ‘nation’ had yet to form.

Now, CGSI is proud to host a follow-up conference to examine the progress of the Asian borders/borderlands studies since then and hopefully chart a new course in the field. Rather than merely exposing the shortcomings of the paradigm of ‘national history’, this conference aims to present new empirical research and introduce new thematics and problematics in studying Asian borders. Especially, this conference emphasizes the perspective of ‘history from below’. It explores how the non-state, non-hegemonic actors challenged and interacted with the power of the centers and appropriated the boundaries imposed by the latter, thus influencing the very process of formation of the modern borders in East Asia. Furthermore, through these examinations, this conference seeks to highlight the centrality and agency of the borderlands in the narrative of the formation of the modern East Asia.